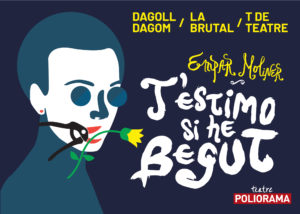 The Theatre Company Dagoll Dagom, founded in 1974, started its way through musical Theatre with Antaviana 1978. Having a huge history on the stage, the main plays of them have been really popular with the catalan spectators, who has grown and formed with their shows.

Without having any doubt, the best show that defines them its Mar i Cel, possibly known as the big musical of Catalonia. It is based on the book of Àngel Guimerà, with the script of Xavier Bru de Sala and the composer of the songs Albert Guinovart. Mar i Cel has been played in three occasions: Its opening in 1988, in 2004, taking into account that matched with the thirty birth of the company, and finally in 2004, to celebrate forty years of history. Having seen this musical more than a million people around the world, Mar i Cel is nowadays a classic from the catalan theatre.