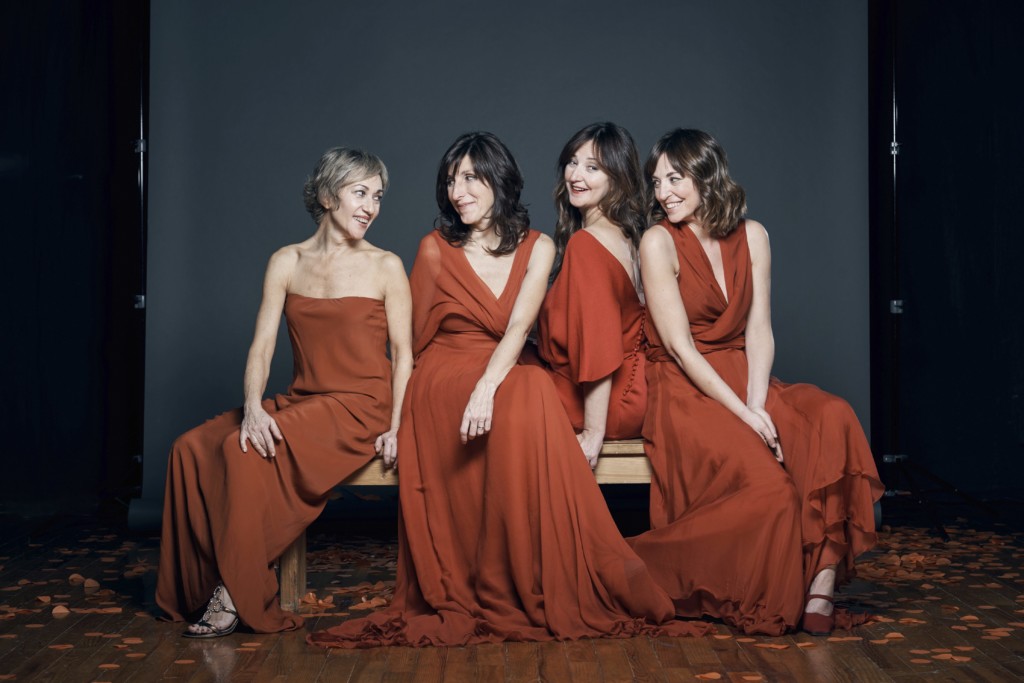 T de Teatre was set up in 1991 by five young actresses who had just graduated from the Institut del Teatre in Barcelona. Their first show, Petits contes misògins [Short Tales of Misogyny] (1991), won the Barcelona Critics’ Award for best show of the season. In 1994 they put on Homes! [Men!], which ran for over 850 performances. Criatures [Toddlers] premiered in Buenos Aires in April 1998 and came to Barcelona and Madrid some months later to great acclaim from audiences and critics alike. Their success continued with the TV comedy Jet lag, created together with filmmaker Cesc Gay, which ran for 81 episodes broadcast over six series, and the shows Això no és vida! [This Is No Life!] (2003), 15 (2006) and Com pot ser que t’estimi tant [How Can I Possibly Love You So Much?] (2007), a thriller coproduced with the Teatre Nacional de Catalunya. Delicadas [Delicates] (2011) and Aventura! [Adventure!] (2012), written and directed by Alfredo Sanzol and Dones com jo [Women like me] (2014), written and directed by Pau Miró.  The latest shows by this unique drama company are Premios y castigos [Rewards and Punishments] (2015), put on act and directed by the argentinian director Ciro Zorzoli, co-produced with the Teatre Lliure and the Festival Grec and E.V.A., directed by Julio Manrique and co-written between Marc Artigau and Cristina Genebat, co-produced with the Teatre Romea and the Grec Festival. Again, within the framework of Barcelona’s Grec Festival, the twelfth show by the company, Canción para volver a casa [Song to get back home] (2019) will be launched, a dreamy proposal with humour and touches of drama, written and directed by Denise Despeyroux, one of the most singular voices in the country’s contemporary dramaturgy. In 2021, on the occasion of T de Teatre’s 30th anniversary, the company brings to stage again one of their most beloved and iconic performances: Delicadas [Delicates] , by Alfredo Sanzol

T de Teatre has created twelve shows, performed on over 3,000 occasions and drawn agrand total of over 1,000,000 spectators.