CAMUT BAND is one of the most innovative tap dance company interntionally known. This band was created in 1994 by the union of the choreographers and dancers Rafael and Lluís Méndez and the percussionist Toni Español and has focused its artistic activity in the research and exhibition of interdisciplinary performances of its own creation. Camut has modernized tap dancing and showed a new musical language of this dance.

1994.- Camut Band is the result of a team effort between the choreographers and tap dancers Rafael and Lluís Méndez, and Toni Español, leader of the African percussion and dance company Cae Ma Deila.

1995-1996.- Using the sound of feet on drums to produce different sounds, the Méndez brothers and Toni Español created an original rhythmic score, “Between Feet and Hands” , which dazzled audiences and won them a prestigious Barcelona FAD Award for Promotion of the Descriptive Arts.

1997-1998.- Camut Band joins forces with the pianist and composer Jordi Sabatés to create “KEATONIANA”, a tribute to the genius of Buster Keaton. The show continues to tour

2000.- Life is Rhythm was given an enthusiastic reception by audiences at its Barcelona premiere and was subsequently invited to the Edinburgh Festival Fringe (obtaining five stars reviews), where it received both critical and audience acclaim.

2001.- With the producer J.C. Subias Camut Band begins an international career path receiving press recognition for their artistic and creative talent and the applause from the audiences in New York, Toronto, New Haven, Hamburg and Genova. By the end of this year the dancer and choreographer Sharon Lavi joins the company.

2002.- Parallel to their performances in Taiwan, Germany, Spain and the U.S.A. Camut Band forms a second company CAMUT BAND JUNIOR with Josep Meléndez, Jordi Grifell, Enric Torné, Rubén Sánchez, Néstor Busquets, and Pau Compte which debuts with Life is Rhythm in the “Caserta Festival” (Italy) and tours in Dubai and Italy.

2003.- Camut Band is invited by the “Teatro de la Tosse” of Genova to form part of the creation of the show “NAVIGAZIONI” directed by Tonino Compte, which debuted in Naples and journeyed to various Italian cities. Life is Rhythm is invited by the “Grec Festival” of Barcelona and in different social congresses in Morocco, Miami and Belgium. Life is Rhythm returns to the Edinburgh Festival Fringe selling out the tickets and newly obtaining five star reviews. Camut Band performs Life is Rhythm at the Lyric Theatre in London’s West End and tour in Germany, Austria and Denmark.

2004.- Camut Band continue touring in Germany and Spain and in december enters the New Apolo Theatre in Madrid.

2005.– After performing a season in Madrid and touring Holand Life is Rhythm is chosen to represent Spain in the “EXPO AICHI” (Japan) and also performs in Tokio. Camut Band combines their performances with the creation of their new show called Kiting-Kita (walking with rhythm), which makes its debut at the Edinburgh Festival Fringe 2005 with great success.

2006.– Starting with a 42-performance tour all over Holland with the show Life is Rhythm, and following with a large number of performances through all the Spanish territory, they participate in the “Festes de la Mercè” of Barcelona and the Croussis Festival of Greece.

2007.– After a season in the Riverside Studios in London, with the show Kiting Kita, Camut Band is invited to the Percussion Festival of Valls, to the Auditori of Barcelona and to the Hong Kong Arts Festival with Life is Rhythm. Camut Band takes part of the America’s Cup and in the end of the year participates in the show Tren de Somnis created by Jordi Sabatés and directed by Joan Font, premiered and performed in the TNC (Catalonia National Theatre) of Barcelona.

2008.- Camut Band returns from its tour in Holland with the “Kiting Kita” show. They continue with its performances in different Spanish towns, as the MIT Festival in Ribadavia and participate in the TV AZTECA program in Mexico “Beijing 2008”. They are part of the program of the reopening of the “Teatro Leal” of San Cristóbal de La Laguna and they act in different festivals in Italy. Camut Band is invited to the Otago Festival of New Zealand and to Adelaide Festival Centre of Australia.

2009.- to celebrate the 10th anniversary of the first performance of Life is Rhythm and the 15th anniversary of the company, Camut Band created a compilation show called The Best of Camut featuring the best numbers from the company’s history. The show was a great success when it was performed at the Mercè de Barcelona festival.

2011.- They create the show “LA DANSA DELS SENTITS SONORS” (Dance of the sonorous senses), where they fuse the tap dance with the air dance.

2012.- Camut Band is invited to inaugurate the Festival Latinoamericando of Milan and put on “ALL THAT SWING ” with Terrassa’s BDT.

2013.- Camut creates the show “SONORITATS”, coproduced by the Mercat de les Flors. The premiere is in festival Temporada Alta of Salt, with great success, and then in Mercat de les Flors of Barcelona. They take part in the Marató of TV3.

2014.- Season at Victoria Theatre in Barcelona with Sonoritats. Touring various locations in Catalonia, Balearic Islands and at the Teatro de las Esquinas in Zaragoza with Sonoritats, Big Drums and Life is Rhythm.

2015.- Camut Band is invited and exhibits succesfully Sonoritats at the Internationale Kulturbörse Freiburg and keeps on touring in Spain and Switzerland.

2016.- “MOMENTS CAMUT” is a selection of the very best moments of previous shows and incorporates new tech and new sounds. Continues with its tour in Spain and abroad in cities as Torino and Batumi (Georgia), where it takes place the Street Art Project festival. 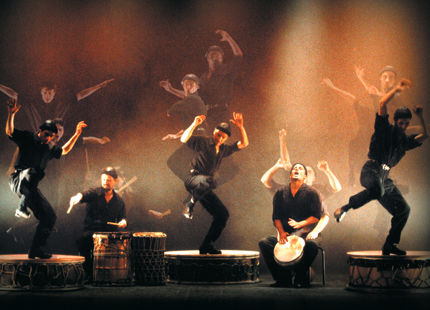 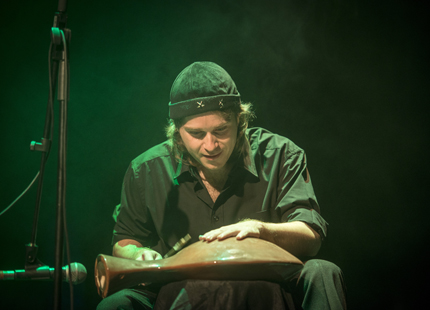 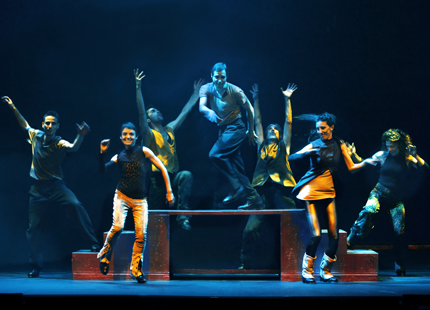 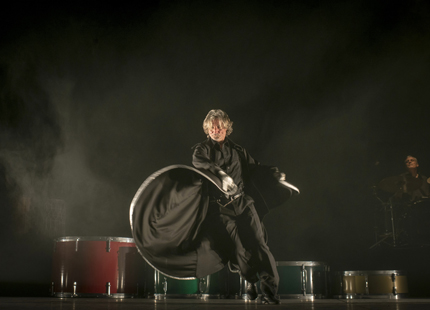 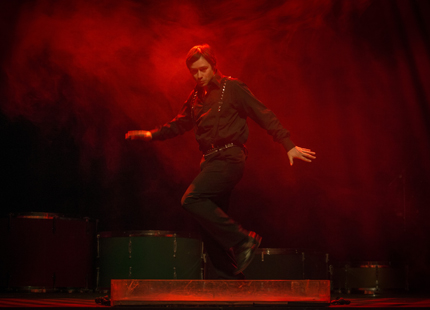 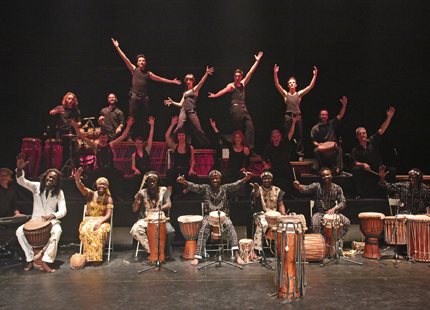 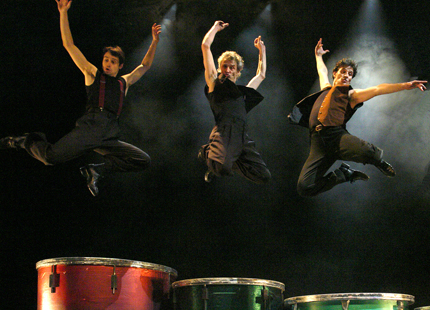